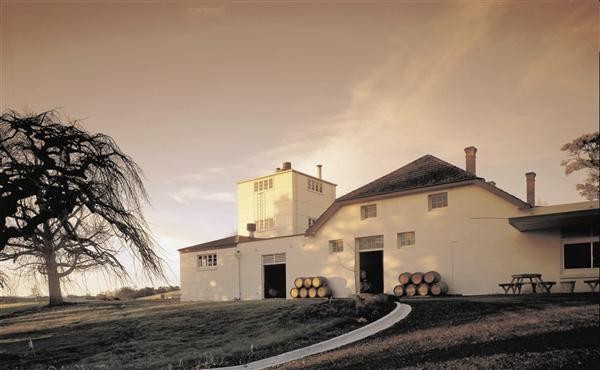 “ It is a fact beyond contention, except by the bigot, that in wine-drinking countries the people are amongst the most sober, contented, and industrious on the face of the earth”…..Romeo Bragato

Bragato was born in Austria-Hungary and educated in Italy. He studied at Conegliano’s Royal School of Viticulture and Oenology achieving a Diploma. He was appointed the Government Viticulturist for Victoria in Australia in 1889.

In New Zealand the 1894 Flax and Other Industries Committee recommended the establishment of a Department of Agriculture. The committee received considerable lobbying from the developing wine industry.

As a consequence of this lobbying, Premier Richard Seddon requested the loan of the services of Romeo Bragato from the Victorian Government in 1895. Bragato arrived in Bluff, and was escorted by government officials to assess prospects for viticulture and wine making in New Zealand.

His resulting report ‘Prospects of Viticulture in New Zealand’ submitted to the Premier on 10th Sept was very positive and became important in promoting the development of the young wine industry. His report recommended:

He saw promise in several areas, especially Hawke’s Bay, but also Wairarapa and Central Otago. He thought wine could be a considerable source of wealth, so he urged the government to help winemakers by setting up a viticultural college and experimental farms

In 1898, Bragato returned to New Zealand and identifies phylloxera in the Auckland vineyards of Mr. Dridgman and Mr. Harding of Mt Eden Road, Auckland. He recommended importation of phylloxera resistant cuttings from Europe to counter the disease which had severely affected European vines.

He also visited Waerenga Experimental Station, and in 1902, accepted the post offered the previous year as Government Viticulturist for the New Zealand Department of Agriculture.

In this role Bragato:

As government viticulturist in the Department of Agriculture from 1902, Bragato improved the research station and vineyard at Te Kauwhata, and another at Arataki, Hawke’s Bay, in 1903. Field days attracted winemakers keen to sample the station’s wine and to receive advice about the best grapes for the local conditions.

Bragato provided healthy vines – European vines grafted on to American rootstocks – that were resistant to phylloxera, the root-destroying pest that had wrecked French vineyards in the 1870s. Bragato had seen infected vines in Auckland in 1895. Many had been uprooted, but not all were replaced with phylloxera-free plants. In 1906, Bragato published ‘Viticulture in New Zealand’.

And astonishingly, in 1908, five wines from the Te Kauwhata Experimental Station won gold medals at the Franco-British wine exhibition-an amazing success for a small country just finding its beginnings in the wine industry.

Despite this success, official support for the Division of Viticulture began to wither due to the growth of the Temperance Movement, and the Viticulture Division of the Department of Agriculture was disbanded in 1909. Support for the experimental station government had not flowed through to any of Bragato’s other schemes for the development, education, growth and rapid expansion of the wine industry.

Disillusionment set in, despite all of Bragato’s efforts and initial enthusiasm from both government and growers. Growers were afraid that the temperance movement would persuade government to bring in legislation to their detriment, and as a result vineyard planting slowed dramatically.

Even in view of local efforts to date, international acceptance of wines from Te Kauwhata, and incredibly, that the fact that his visit was at the invitation of the Prime Minister, nothing in Bragato’s 1895 report was acted upon. The only sign of interest was the enactment of the Orchard and Garden Pests Act 1896, which was designed to assist in the control of Phylloxera. In 1909 to the relief of both parties Bragato left Te Kauwhata and never returned.

He is remembered by the Bragato Awards http://www.bragato.org.nz/home.php